How Targeted Therapy is Used to Treat Cancer

How Targeted Therapy is Used to Treat Cancer 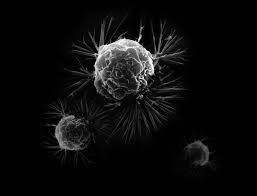 Targeted therapy is a form of cancer treatment that employs medicines that are specifically intended to kill cancer cells while leaving healthy cells alone.

Cancer cells contain mutations in their genes that distinguish them from normal ones. Genes are instructions written in a cell’s DNA that inform it what to do. When a cell’s genes are altered, it stops acting like a normal cell. Gene alterations in cancer cells, for example, may help the cell to grow and divide rapidly. These alterations are what distinguishes it as a cancer cell.

Researchers have also discovered that the environment in which malignancies begin, develop, and thrive differs from one cancer to the next. Some tumors, for example, include proteins or enzymes that convey instructions to the cancer cell telling it to grow and duplicate itself.

Knowing these features has led to the creation of medicines that can “target” these proteins or enzymes and prevent them from sending messages. Targeted medicines can either block or turn off the signals that cause cancer cells to proliferate, or they can signal cancer cells to die.

Targeted therapy is an essential kind of cancer treatment, and as scientists understand more about particular alterations in cancer cells, more targeted medicines will be developed. However, only a few types of malignancies are now treated exclusively with these medicines. Surgery, chemotherapy, radiation treatment, or hormone therapy are all common side effects of targeted therapy.

What distinguishes targeted treatment from chemotherapy?

Targeted therapy medicines, like other cancer-fighting therapies, are classified as chemotherapy. Targeted treatment medicines, on the other hand, are not the same as typical or standard chemotherapy (chemo). Targeted medicines target some of the differences that distinguish cancer cells from normal ones. This distinguishes them from chemotherapy in two major ways:

What is the mechanism of targeted therapy?

Targeted treatments can identify and inhibit particular types of instructions transmitted inside a cancer cell that tell it to grow, or can discover and attack specific regions or chemicals in cancer cells. The following are some of the chemicals found in cancer cells that become “targets” for targeted therapies:

Targeted medicines have the ability to:

The way medicines operate and the adverse effects they produce might be affected by their activity.

It’s worth noting that some targeted treatment medicines, such as monoclonal antibodies, regulate cancer cells in several ways and may potentially qualify as immunotherapy since they enhance the immune system.

Precision medicine or customized medicine are terms used to describe targeted therapy. This is due to the fact that they are designed to precisely target certain alterations or chemicals in cancer cells, and these targets might differ even across persons with the same cancer type.

Following a biopsy or surgery, some types of tumors are examined for distinct targets, which can aid in determining the most successful treatment. Finding a specific target allows for more accurate or tailored therapy matching.

Some targeted medicines have a higher level of “targeting” than others. Small and big molecule medicines are the two types of targeted treatments.

Targeted treatments can be used to treat a variety of cancers, and there are many distinct forms of targeted medicines. Here are a few samples of each kind and how they’re utilized.