An astrocytoma is a tumor that develops from the star-shaped cells (astrocytes) that make up the brain’s supporting tissue. Oligodendrocytes and ependymal cells are two further types of brain support cells. Glial cells and the tissue they form are referred to as glial cells and glial tissue, respectively. Astrocytoma’s and other tumors that develop from glial tissue are referred to as gliomas.

Who is at risk for developing astrocytoma?

According to data from the United States’ Central Brain Tumor Registry in 2016, the average annual age-adjusted incidence rate for tumors of neuroepithelial tissue (which includes astrocytomas) is 6.6 per 100,000.

The majority of pilocytic astrocytomas are detected before the age of 20. In the United States, about 1,200 people under the age of 19 will be diagnosed with astrocytoma. About 60% of all low-grade astrocytoma diagnoses are made in people aged 20 to 45. In some cases, a genetic component has been discovered. Males are only slightly more prone than females to have astrocytomas.

Glioblastomas are most commonly discovered in persons in their 50s and 60s. The number of diagnoses in the United States is expected to reach 10,000 every year.

The following factors increase the chances of developing an astrocytoma:

A risk factor is anything that raises your chances of developing an illness like a brain or spine tumor. There are distinct risk factors for different types of cancer. Some risk factors, such as smoking, can be altered. Others, such as your age or family history, are beyond your control.

However, having one or more risk factors does not always imply that a person will get the disease, and many people develop brain or spinal cord tumors despite having no known risk factors.

There are many distinct forms of tumors that can start in the brain or spinal cord, and while they may share some characteristics, they may not all have the same risk factors.

The majority of brain tumors have no known risk factors and no evident etiology. However, there are a few variables that can increase the risk of developing a brain tumor.

Radiation exposure, most commonly through radiation therapy to treat another condition, is the most well-known environmental risk factor for brain tumors. Children with ringworm of the scalp (a fungal infection) were occasionally treated with low-dose radiation therapy before the hazards of radiation were known, which was later discovered to raise their risk of certain types of brain cancers as they grew older.

The majority of radiation-induced brain tumors nowadays are produced by head radiation used to treat other cancers. They are especially common in patients who had brain radiation as a youngster as part of their leukemia treatment. The most common time for these brain tumors to occur is 10 to 15 years after the radiation, but they can appear decades later.

Although most persons with brain tumors have no family history, brain and spinal cord tumors do run in families in rare situations. Patients with familial cancer syndromes are more likely to have many cancers when they are young. Some of these families suffer from well-defined illnesses.

Cell phones emit radiofrequency (RF) rays, a type of energy found between FM radio waves and those utilized in microwave ovens, radar, and satellite stations on the electromagnetic spectrum. Ionizing radiation, the type that can cause cancer by destroying the DNA inside cells, is not emitted by cell phones. However, there have been fears that the phones, which have built-in antennae and are therefore held near to the head when in use, may increase the risk of brain cancers.

Other environmental factors, such as exposure to vinyl chloride (a plasticizer), petroleum products, and certain other pollutants, have been related to an elevated risk of brain tumors in some studies but not in others.

Although aspartame (a sugar replacement), electromagnetic waves from power lines and transformers, and infection with certain viruses have all been identified as probable risk factors for brain tumors, most researchers agree that there is no solid evidence linking these variables to brain tumors. These and other potential risk factors are still being investigated. 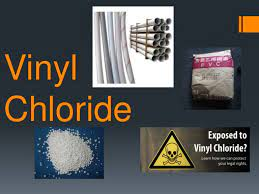